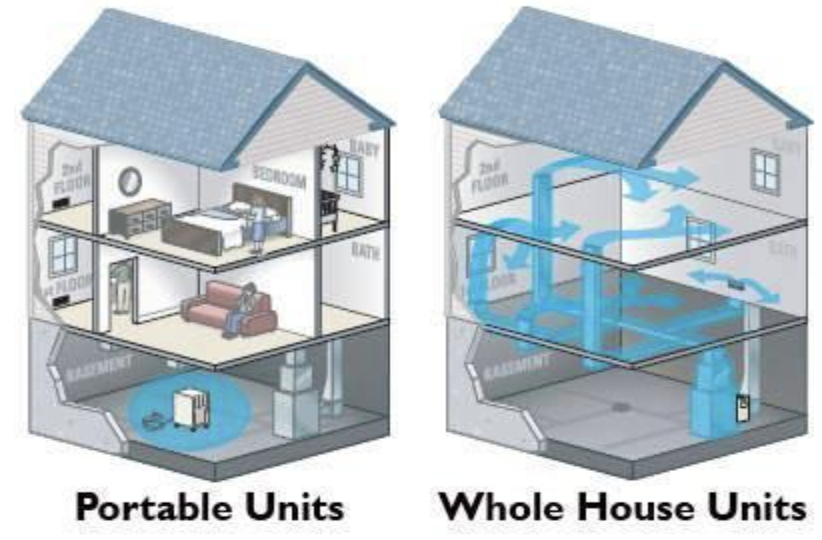 Making improvements to indoor air quality is essential to the health of your family, the comfort of your home, the integrity of furnishings, and the operation of the HVAC system.

Contaminants far smaller than detectable by the human eye can often wreak havoc. From aggravated symptoms of allergies and asthma to sleeplessness, poor IAQ is a problem that leads to others.

Monaco Mechanical has a wide variety of items to assist with superior air quality in your home. From the COVID killing iWave (see below), residential air scrubber by Aerus or superior media charcoal filters – we can provide a solution for you and your home. 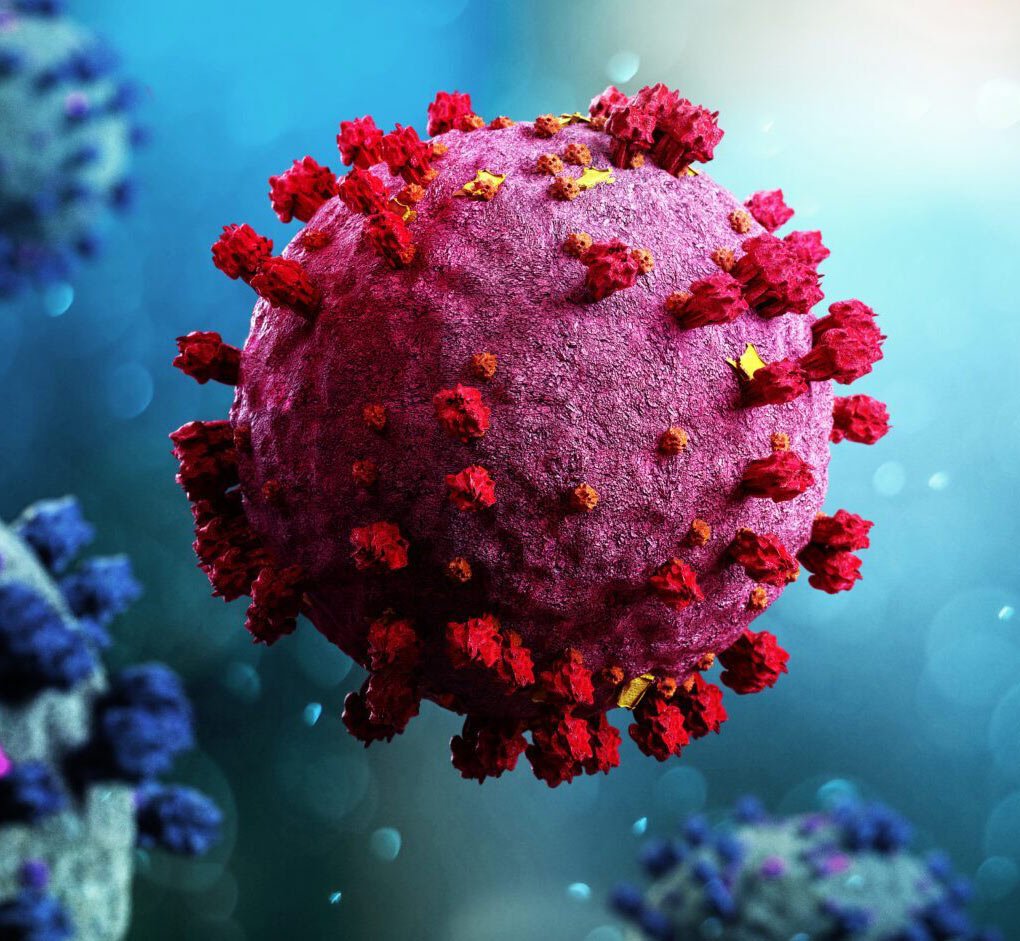 Want to safeguard your home or office during the Covid-19 pandemic? Fitch Services has a solution.

We are now offering the installation of an HVAC air filter that will clean, freshen, and greatly reduce Covid-19 and other viruses from the air in your home or office. The iWave air purifier, the first air purifier to be tested against Covid-19, kills 99.4% of the virus. Independent lab tests have proven that the iWave significantly reduces Covid-19 and many additional pathogens in indoor environments, not only in the air but also on hard, non-porous surfaces. According to these lab tests run on the iWave-C model, based on viral titrations, it was determined that:

Results like these show that the iWave is a powerful weapon for fighting Covid in your home and office. We have seen how Covid-19 has upended our everyday lives in more ways than one, and public health experts agree it’s not going away soon.

Keep reading to discover the benefits of iWave purifiers, how they work, and how our licensed HVAC experts can make the air you breathe safer by installing an iWave purifier in your home or business.

Viruses and other pollutants are dangerous outdoors but are even more harmful indoors because there’s less airflow.

A simple thing like dust in the home and office can act as a magnet to bacteria, viruses, and dust mites. Chemical pollutants, bacteria, and mold also present elevated risks indoors. Even office equipment, like computers, printers, and photocopiers, can cause pollution. Air purifiers help to eliminate these unhealthy pathogens, irritants, and unwanted odors.

In addition to purifying the air, the iWave air purifier mitigates the genuine risks from the current Covid-19 health crisis. And it’s popular, already boasting over 200,000 installations in commercial and residential environments.

iWave air purifiers clean the air of contaminants through your home or office’s HVAC system and are a simple installation for our HVAC technicians.

An HVAC technician will install an iWAVE air purifying device into your duct heating and air conditioning system. When the air inside passes over the iWave unit, the unit produces ions that reduce pathogens, allergens, particles, smoke, and odors in the air. The air filtration creates a healthy, purified indoor environment without the production of harmful byproducts. iWave’s patented technology, needle-point bi-polar ionization (NPBI), breaks down passing pollutants and gases into harmless compounds like oxygen, carbon dioxide, nitrogen, and water vapor.

When the ions encounter viruses, bacteria, and mold, they remove the hydrogen molecules — without them, the pathogens have no energy source and will die. When the ions attach to allergens like pollen and various other particles, they cause them to band together until they’re large enough to be caught by your ventilation system’s air filter.

The difference between nature and iWave’s technology is that iWave cleans the air without producing harmful ozone. Ozone is a toxic gas that nature, and some other air purifiers on the market, emit while “cleaning” the air in your home. It is dangerous when an air purifier emits ozone inside the confined space of your home or office. According to the EPA, when inhaled, even in relatively low amounts, ozone can cause chest pain, coughing, shortness of breath, and throat irritation. Ozone may worsen chronic respiratory diseases like asthma and compromise the body’s ability to fight respiratory infections.

iWave purifiers do NOT develop ozone.

iWave’s proprietary technology provides a highly effective and budget-friendly air purification method. Other air purifiers typically require ongoing maintenance with bulb/cell replacement every year or two, which is an expensive hassle. iWave purifiers, on the other hand, don’t require continual maintenance and have no replacement parts. As mentioned earlier, they also don’t produce harmful byproducts, like ozone.

Nu-Calgon, the manufacturer of iWave, offers a three-year limited warranty on iWave products. To validate a warranty claim, proof of purchase and proof of installation by a licensed HVAC or electrical contractor must be provided. Fitch Services will be able to help you there.

Though models differ slightly and offer their own advantages, all iWave purifiers feature: 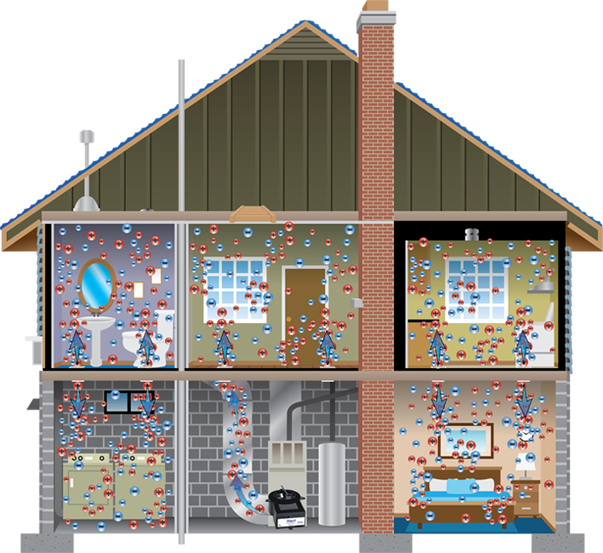 You need more than the average air purifier to clean the air of coronaviruses.

Social distancing is becoming harder to do with friends and family as the virus marches on. As we begin to socialize and go back to the office, we will continue to need enhanced protection. With the installation of an iWave, you can breathe easier knowing the air you’re breathing is cleaner.

Think about the benefits of purified air:

Clean your indoor air and promote a healthy immune system.

Why wait? Have your HVAC professional install an iWave air purifier now.